just got this tape from cruel nature records. i've been listening non-stop for about a month to this. 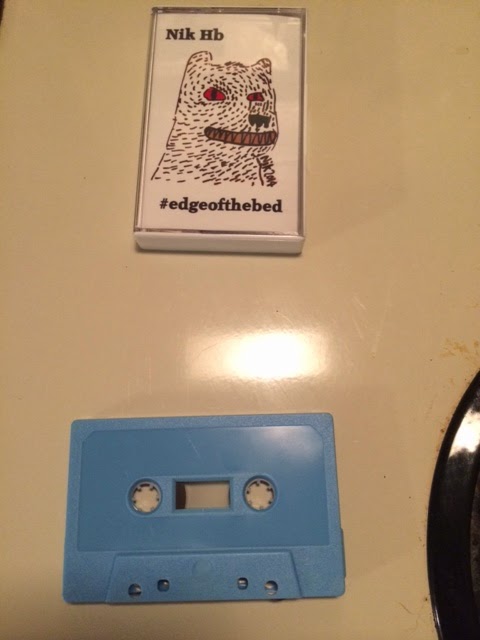 cruel nature...well pretty much everything i have heard from them is cool. they are doing a great job of having an identity where you can kinda buy things from them sight unseen and it's probably good.
the music herein is minimalist guitar soundscapes. very well recorded, rendered and executed. the program is on the shorter side, which is cool by me, i like to hear just the badass shit in one go, so this feels right to me. there's a lyrical tune that kinda fades in on the back of the A side that is very cool and dreamy. soundtrack vibe to a weird indie film perhaps. this is the kind of tape you can just play over and over. i keep finding little sounds and things in there that i missed even though, in reality there isn't a whole lot going on. but conceptually, it's pretty heavy. the graphics, like the music, are really simple and good. here is a link to the bandcamp. it says there this is a limited edition of only 30 tapes, which makes you feel pretty special to actually own one! very little info on the tape cover or on the bandcamp site which puts the focus on the music, which i think is really cool. this is a cool tape.